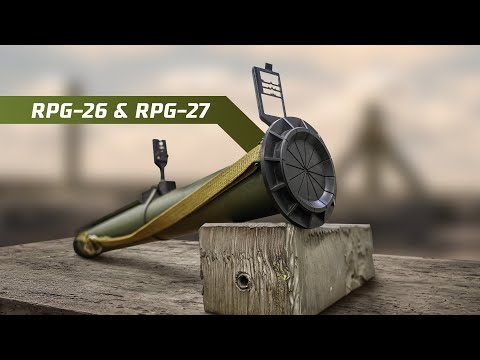 There are no heavy or light armoured vehicles, including those protected with ERA, immune to the RPG-27 Tandem HEAT Shaped Charge.

RPG-27 is a single shot rocket launcher with tandem HEAT shaped charge, which provides operator with enhanced penetration and destructive capabilities against all types of heavy and light armoured vehicles, including those equipped with ERA, fortifications and reinforced gun posts. It’s the weapon of choice for Airborne troops, the Marines and Infantry as it augments remarkably their combat capabilities, especially antitank one. RPG-27 is very reliable and withstands temperature fluctuation thus providing combat operability for various units all over the world. Reasonable weight and dimensions allow the operator to be maneuverable on the battlefield while accomplishing special tasks.