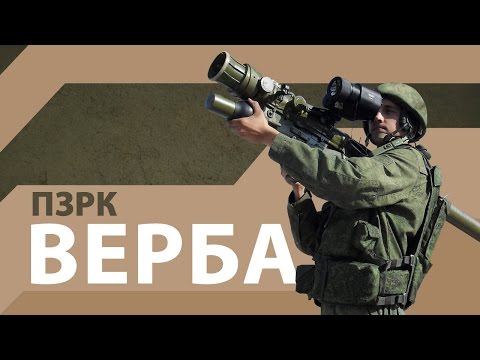 At present the Verba MANPADS is entering into service with the Russian Army, and its first appearance abroad will take place at the “DEFEXPO India – 2016” major international land and naval systems exhibition to be held in South Goa, India, from 28 to 31 March 2016.

“Traditionally Russia is ranked among world’s leading manufacturers of air defence weapons including man-portable missile systems (MANPADS). We are confident that the Verba will provoke interest of Indian militaries and our partners in South East Asia and other regions. It is the best weapon system in its class among offered today in the international arms market, judging by the combination of its tactical and technical characteristics and realisation of unique technical solutions. It should be noted here that the demand for the Igla-S MANPADS, which is a predecessor to the Verba, is expected to remain at the same level since it satisfies the requirements of armies in many countries, - stressed Sergei Goreslavsky, deputy director general of JSC Rosoboronexport.

Anti-air combat performance of the Verba MANPADS has been significantly improved by introducing a new highly sensitive tri-band optical homer into the 9M336 missile as well as new instruments and a unique warhead featuring an adaptive contact/proximity fuze and increased-weight explosive.

These measures have provided the following improvements:

The organic 1PN97N Maugli-2M night vision sight allows target acquisition round the clock and target engagement at a far-off boundary of the kill envelope.

The Verba MANPADS can be also mounted on various land, maritime and airborne platforms.

Joint employment of the 9M336 missiles of the Verba MANPADS, combat control set of equipment and launch modules makes it possible to build on their basis light-weight mobile close-in air defence missile systems, or to include these assets into existing air defence missile and artillery systems. Optional deployment of the MANPADS combat assets on various carriers allows salvo launching of missiles, which enhances target kill probability by 1.5 times.

Next news
Back to the list
Previous news
tags: Verba,