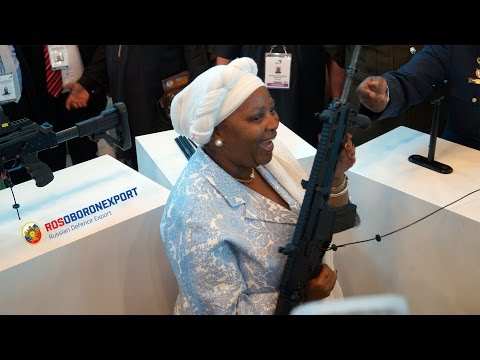 Rostec’s Rosoboronexport will bring to Africa Aerospace and Defense 2016 – an international arms exhibition to take place in Pretoria, South Africa, on September 14-18, 2016 – the most attractive for African states Russian military equipment for all services.

“The South African exhibition is the most important event of the year for Rosoboronexport in Africa. It will be the eighth time that we have brought Russian equipment there. We keep expanding cooperation with most of the countries no matter where on the continent, both in Northern Africa and with states to the south of the Sahara. The backlog of Russian equipment for Africa is already worth more than $21 bln,” says Chief Advisor to Rosoboronexport’s Director General Yury Demchenko, who will head the delegation at the exhibition.

It will be the debut of Rosoboronexport’s augmented reality multimedia stand design with the Ka-52 scout attack helicopter there as a demo. This technology developed by Rostec projects the demonstrated equipment image to a display and provides interactive familiarization capabilities.

The Russian delegation plans to meet defense representatives and businessmen from more than 25 African countries, as well as negotiate with delegations from European, Asian, and Latin American states.

“Russia is ready to implement a diversity security and defense cooperation initiatives in Africa, use innovative technologies there, even to go as far as setting up joint development and production of hi-tech military equipment and working out together security system solutions for third states,” Yury Demchenko offered.

Rosoboronexport has developed strong ties with Angola, Egypt, Zimbabwe, Mali, Uganda, and other states on the continent. Recent efforts have laid the groundwork for cooperation with Namibia, Nigeria, Cameroon, Mozambique, Tanzania, and Equatorial Guinea.