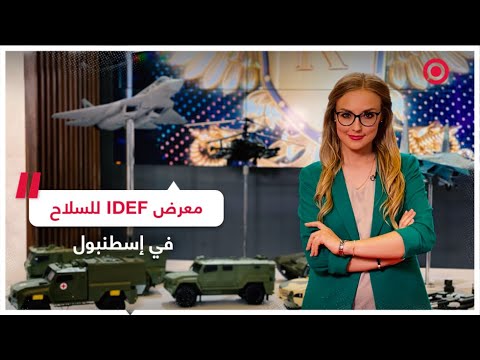 Rosoboronexport JSC (part of the Rostec State Corporation) is the organizer of a joint Russian exhibit at the International Defense Industry Fair (IDEF) 2021, which will be held from August 17 to 20, 2021 in Istanbul, Turkey.

"The IDEF exhibition is among the ten largest international defense industry exhibitions and is one of the most important venues to showcase armaments in Europe. Rosoboronexport will unveil the latest Russian military products in Istanbul for the first time in Turkey," said Alexander Mikheev, Director General of Rosoboronexport. “Among them are the Su-57E fifth-generation fighter, Typhoon K-63969 MRAP vehicle, Orion-E reconnaissance/strike UAV system, BK-16E high-speed craft for special operations, as well as the Msta-S self-propelled howitzer modified to fire NATO-standard 155 mm ammunition."

Rosoboronexport’s Stand 232 will be located in Hall No. 2 of the Istanbul TÜYAP Fair Convention and Congress Center. It will feature products from Russia’s leading defense manufacturers: Kalashnikov Concern, UralVagonZavod (UVZ) Concern, United Aircraft Corporation (UAC) and Russian Helicopters, which are Rostec’s subsidiaries, Almaz-Antey Air and Space Defense Corporation and a number of other companies. In particular, scale models of the Su-57E fifth-generation fighter, Su-35 multirole supermaneuverable fighter, Ka-52 scout/attack helicopter, T-90S MBT and the BMPT tank support fighting vehicle will be on display. In total, the company will present information on 400+ Russian military, dual-use and civilian products at the exhibition.

Almaz-Antey and Kalashnikov will also take part in the joint Russian exhibit. They will showcase their most in-demand products marketed by Rosoboronexport, including the S-400 Triumf long-range air defense missile system, the Viking and Buk-M2E medium-range SAM systems and various versions of the Tor-M2E short-range SAM system.

As part of the IDEF 2021 business program, Rosoboronexport will hold meetings and negotiations with representatives of the Turkish armed forces and other law enforcement agencies of the country, as well as with partners from other countries in the region. Rosoboronexport plans to discuss the implementation of ongoing contractual obligations and promising military-technical cooperation projects.